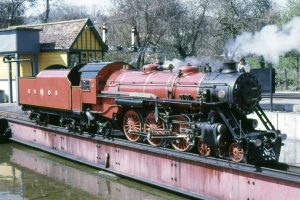 In 2013 She had undergone an in-house Major Overhaul, complete with new power cylinders and a brand new tender body. Her current colour is bright red, similar to how she looked during the 1970s though a slightly deeper shade and with brass boiler bands overpainted black. For a period, she had lost her boiler handrails but happily these have now been restored. In 2022/3 Winston Churchill is now out of service and an overhaul has begun.

The RHDRA has been supporting the railway for more than fifty years.