The Simplex came to the railway in 1947, as part of the equipment Capt. Howey purchased on the closure of the Eaton Hall Railway – the line built by Sir A P Heywood for his Cheshire estate. It dated from 1938.

The Simplex came to Romney with the coaching stock from the line (1 saloon, 1 open, 1 bogie brake van and a parcels van) – the first three were repatriated to Eaton Hall in the 1990s – the parcels van was broken up in 1966.

The Simplex is now back in traffic shunting in the loco depot and New Romney Yard, after its overhaul at John Fowler Engineering. 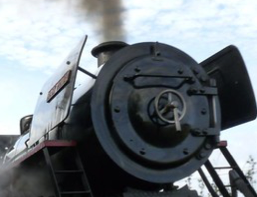